3 Genetic Disorders That Can Make You Infertile

Most of the time, male infertility is caused by factors like hormonal imbalances. However, there are also instances wherein your genes are the reasons why you’re unable to father children.

When it comes to genetics, the Y chromosome is the one thing that differentiates men from women. Men are supposed to have an X chromosome and a Y chromosome, whereas women have two X chromosomes.

Unfortunately, if you have Klinefelter’s syndrome, you’ll have an extra X chromosome. This means that instead of the usual XY chromosome that men get, yours is an XXY. The extra X chromosome can adversely affect your sexual characteristics as well as your fertility. 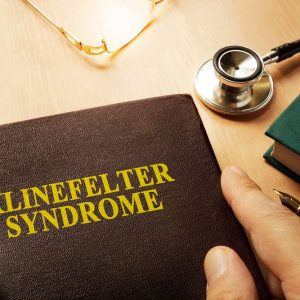 However, the success of the assisted reproductive technology will depend on whether there’s actually any sperm produced in the man’s testes. If there’s any sperm produced, your doctor will retrieve sperm from one of your testicles and inject the retrieved sperm directly into the egg cell.

If you have the gene mutation that causes cystic fibrosis, then you will most likely suffer from a host of health issues including fertility problems. This genetic disorder targets the cells that are involved in the production of digestive juices, sweat, and mucus. Hence, if you have cystic fibrosis, your lungs and other organs will be severely damaged.

Cystic fibrosis basically causes your mucus, sweat, and digestive juices to become thick and sticky. This is why people with cystic fibrosis often suffer from severe lung and pancreas damage. Cystic fibrosis can also adversely affect your reproductive system.

If you have cystic fibrosis, your sperm can’t get out of your epididymis and travel to your urethra at all. However, you may still be able to father children, but it has to be through assisted reproductive technology.

If you have Y chromosome microdeletions, it means that certain genes are missing from your Y chromosome. If the ones that are missing are the genes that are related to your sperm production, then you will most likely suffer from non-obstructive azoospermia.

Non-obstructive azoospermia means that although the sperm’s pathway from your testes to your urethra is unobstructed, there’s still no sperm present in your semen. That’s because when parts of your Y chromosome are missing, it can lead to abnormalities in your sperm production. 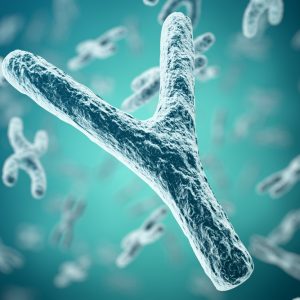 For instance, Y chromosome microdeletion can cause Sertoli cell-only syndrome. This is a condition wherein only Sertoli cells are present in your testes. This means that there is no developing sperm in your testicles. And if there are any, they may be too few for fertilization through natural means.

Y chromosome microdeletions can also cause maturation arrest as well as hypospermatogenesis. This means that if you do have any sperm in your testes, their development may become arrested so they won’t be able to develop into mature sperm.

Hypospermatogenesis is typical in men with Y chromosome microdeletions. If you have hypospermatogenesis, it means that your sperm production is abnormally low. This results in a very low sperm count, and can even lead to azoospermia. Just like with Sertoli cell-only syndrome, you may still be able to have children through assisted reproductive techniques.

Another problem with Y chromosome microdeletions is that if your offspring is male, the genetic disorder will be passed on to your son. He may also suffer from fertility problems when he reaches reproductive age. However, female children won’t be experiencing this genetic disorder since they don’t have the Y chromosome.

When the main cause of your fertility problems is a genetic disorder, assisted reproductive technology may give you the best chances of successfully conceiving. For men whose fertility issues are caused by other factors, there are various treatment options that can help improve your fertility.

For instance, an all-natural male sex enhancement supplement can also help boost your fertility. That’s because it contains herbs that are proven effective in increasing sperm production, improving testosterone levels, as well as improving sperm parameters.

The 4 Most Common Reasons Why Men Can’t Father Children

What Every Man Should Know About Testosterone Replacement Therapy