Contents show
1 The Worst Health Foods in the Supermarket
1.1 Fruit Juice
1.2 Farmed Fish
1.3 Margarine and Other Butter Alternatives
1.4 Agave Nectar
2 Coffee Drinks or Tea
3 About the author
3.1 John Esposito
If you went around and asked a bunch of people on the street about their health, the chances are high that the person will say they are healthy. Most of us believe that we are in good health, but statistics show otherwise. Most people know that their health is heavily reliant on their diet, however this is where most people fail. Making the right food choices is a lot easier than it seems as well with all of the different types of misleading advertising companies use to get you to buy their goods. Shopping is especially difficult now with the rise of all of these super foods and health foods out there which is most cases aren’t healthy at all. Here are some of the worst of the worst when it comes to fake health foods, and which ones you should avoid at all costs.

The Worst Health Foods in the Supermarket 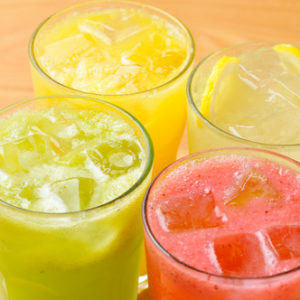 Most people see the word fruit, and automatically think it is healthy. First of all many of these drinks aren’t even 100% fruit juice and are full of added sugars, which in turn makes the drink even less healthy. With that aside, even if the drink is 100% juice, it is something that you should avoid. The reason why fruits are healthy to eat as opposed to fruit juice is because of one major reason: fiber. The fiber found in fruits prevents our bodies from digesting and absorbing all of the sugars found within them immediately in to the blood stream. This prevents spikes in blood sugar which not only can mess with our energy levels, but can cause problems like type 2 diabetes and weight gain over time. Many of these drinks are high in calories as well, which is something else to keep in mind when trying to maintain a healthy weight as well.

Contrary to popular belief, not all fish is created equal. We are not talking species versus species here, but in which the fish is raised. Fresh, wild caught fish is simply of higher quality than that of farmed fish. Fresh Salmon for example is healthier than farmed salmon, because of the difference in the fats produced. Farmed salmon produces mainly omega 6 fatty acids, as opposed to the healthy omega 3 fatty acids produced by the wild caught salmon. This difference is mainly due to the difference in diet between the wild and farmed fish. If you still love fish and still want to get all of the healthy benefits from them, look for wild caught varieties of salmon and other fish.

Margarine and Other Butter Alternatives

Unfortunately there are still people out there who buy margarine, even though there is plenty of evidence linking it to heart disease and heart attacks. This is because margarine contains plenty of trans fats, which are now viewed as one of the most unhealthy fats out there. Many of products have since removed these trans fats from their formulations, but not from some margarines. Those that have replaced the trans fats have done so with other highly processed, unhealthy fats so it is still something you want to avoid. Many people are still opposed to using butter, however time and time again it has shown to be the better, healthier option to margarine. 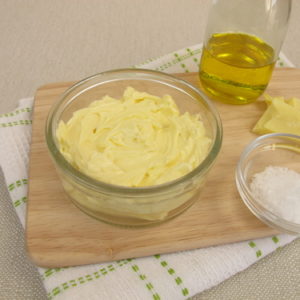 Agave nectar has become popular as of late because of its potential as a sugar replacement. While it doesn’t have as many calories per serving as say honey or other sweeteners, it still isn’t a healthy alternative. This is because of the sugars within the agave nectar, which are mostly fructose. Fructose is metabolized by the liver, which turns it in to fat. Too much of this fructose can actually cause this fat to be deposited in to the liver, which can lead to problems such as fatty liver disease and potentially liver disease itself. To avoid these potential problems you should use agave sparingly, and shouldn’t look to it as a replacement for honey or maple syrup. Raw honey or stevia are much healthier options if you are looking for a sweet taste.

One of the worst mistakes we can make is buying designer coffee drinks or tea, which usually tout some type of health benefits. While on their own they may be beneficial, all of these benefits are outweighed by the milk, sugar and cream added to these drinks. Typically these drinks can easily turn in to a 400-500 calorie “meal” which consists mainly of fats and sugars, something you definitely want to avoid.

Eating More Fiber Is Good for Your Health-What Are the Best Foods That You Should Be Eating?