6 Reasons Why You Are in a Bad Mood

Contents show
1 Here are 6 reasons why you’re not in good spirits and what to do to change your ways:
1.1 1. You’re not eating sufficient fruits and veggies
1.2 2. You don’t get enough sunlight
1.3 3. You’re not drinking enough
1.4 4. You’re overworked
1.5 5. You’re scrolling on your feed excessively
1.6 6. You have bad posture
1.7 About the author
1.7.1 John Esposito
There are many reasons why one’s motivation for living life positively declines once in a while. Broken relationships, financial issues, and health problems can definitely bring a significant drop to your current frame of mind. While these factors are out of your control, there are simple things you can do to help you uplift your spirits. But before you make any changes, it’s best to get to know some of the sneaky reasons why your mood drops in the first place. By knowing the causes, you’re able to address them accordingly with suitable lifestyle changes.

Here are 6 reasons why you’re not in good spirits and what to do to change your ways:

Fruits and vegetables aren’t only ideal for your physical health; they also have tremendous mental benefits. A study found that people who consumed significant amount of fruits and veggies each day had the highest mental wellness compared with those who rarely ate produce. With this revelation, you should try to integrate fruits and veggies into your meals every day. Bad mood isn’t only caused by situations you’re not able to control; it’s also caused by the junk food you opt to eat instead of the healthy ones.

2. You don’t get enough sunlight 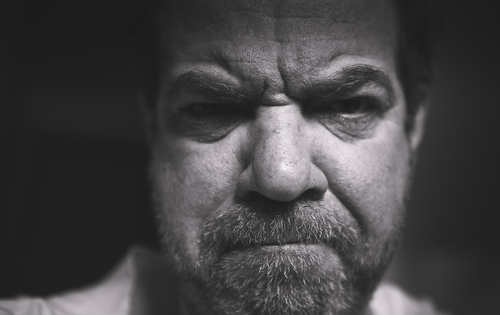 If you rarely go outside to enjoy the sunshine, then it’s time to reconsider. In a study, a link is found between low vitamin D levels and depression. The participants in the said study were asked to see the doctor or bask in the sun more often. After a seven-week period, people who spent more time outside had fewer depressive symptoms compared with the other subjects. So, what are you waiting for? Go outside more often. You get enough Vitamin D and you also reduce your likelihood of being in a bad mood.

Even just a teeny weeny bit dehydration can already cause unpleasant manifestations, such as exhaustion, loss of concentration, and a bad mood. If you’re aware of your poor water-drinking habit, it’s time to consider changing it. Men should drink at least 3.7 liters of water daily while women should have at least 2.7 liters. This also includes other drinks, such as coffee, tea, and juices. 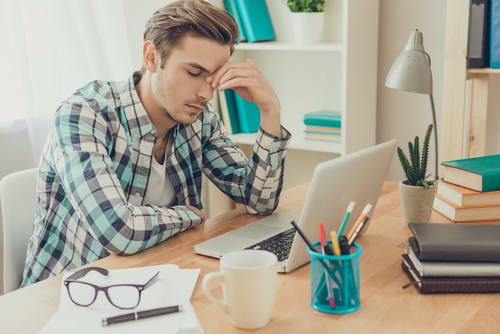 It’s only natural a progression for workaholics to get sick eventually that all the hours worked and money earned would be just spent on hospital bills. But working too much doesn’t just make one physically unhealthy; it also takes a toll on someone’s mental well-being. While your career obligations may seem to be too much to handle, you can start making small changes to not overwhelm you. This includes trying your best to get enough sleep so that you’re energized the following day. With these baby steps, you’re able to do your work efficiently without putting your physical and mental health at risk.

5. You’re scrolling on your feed excessively

An Austrian study in 2014 suggests that spending more time on Facebook increases the likelihood of your mood getting sour. The reason is pretty much obvious. Facebook is a waste of time and spending hours on your feed makes you feel guilty of wasting precious time that should have spent on something useful.

6. You have bad posture

Your mother may have always reprimanded you for being too slouchy, but mostly it’s because of back-related or physical risks. Interestingly, sitting up straight can actually be beneficial for your mental health. Researchers from San Francisco State University determined that altering your stance to be more physically upright is linked to enhanced energy and mood. What to do with this? Have the conscious effort to change your posture. Just think about the health benefits this can give you.

Reviewing the Safety & Efficacy of PHGH