Defying Stereotypes to Make You Feel Confident in Your Own Body

Contents show
1 What’s being stereotyped?
2 About the author
2.1 John Esposito
The popular aphorism “when you stand for nothing, you fall for everything” comes to mind here. That’s some mind strengthening words tucked in utmost seriousness for consideration. It just stirs you up for action and gets you equipped to face life’s challenge. On the flip side does this also mean “when you stand for something, you fall for nothing?” The answer is an outright ‘NO’ as falling for nothing means being stereotyped because of a particular set of ideals you hold onto with repute. Mind you, some of these so-called are questionable. 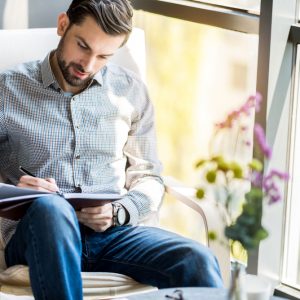 Now, in the peregrination of life, you would come across different stereotypes. Some at your workplace who wouldn’t identify with you because of your skin color; some at the church who ostracize you because of your sexual proclivities and everywhere else. This category of people makes you feel you’re less of a person but the good news is, you know you are not.  Funny enough, no one likes to be seen as a stereotype.   Now defying stereotypes goes a long way in preparing you for living your dream as it endues you with confidence. We only hope this article will help you see from this perspective.

Stereotype – a polite way of saying, egoist. It represents viewing the world from your little spectacles and holding that view as supreme because of some over-romanticized ideals or principles you’ve been indoctrinated to hold onto. This doesn’t go down well as it might pitch you at opposite ends with friends and colleagues. Stereotypes are easy to identify. They do stuff in the only way and manner with which they have been taught. They are mostly conservative giving no room for reasoning or change. You don’t need such people dictating the pace at which you go in your pursuit of happiness in life.  You need you.   How then do you defy stereotypes?   Just as it’s easy to kick a ball with one of your legs, believe me, defying stereotypes is much easier than that.     Stereotypes tend to appeal to some sets of truth which actually might have been built on falsehood. For instance, the Aryan race felt at some point that they were superior to every other race because Adolf Hitler championed the cause. Unfortunately, these false beliefs led to the guillotine where thousands of Jews were slaughtered during the purge. These are the costly price that we pay when we stereotypically follow the wrong cause. Now, in modern times, there’s been a protest about racial discrimination and all that. Does entering into a business partnership with either a black or white man guarantee profits. What this aims to do is project the fact that your skin color, choices, ethnicity, or religion don’t make you less of a person.     It’s not just enough to want something, it’s important to know why you want what you what. Making choices just to applaud will cost you your confidence. You don’t need anyone’s approval to be who you are and to make the choices you make. You too, show the example. Don’t be a parent who wouldn’t want his child to study art because you like science. Don’t be a pastor who condemns a young choir for being gay. Respect people’s choices. And never let anyone be at the center stage of your life dictating to you how you should go about your life because of some archaic belief.     The main characteristic of a stereotype is pride. You think you know too much whereas what you are only being sentimental to some set of belief systems. Yet, you are hell-bent on being assertive as you pollinate others with your dogma. This should be avoided. Stereotypical knowledge gives you an inclination toward being vociferous. You should learn to weigh your thoughts before they are formed into action. 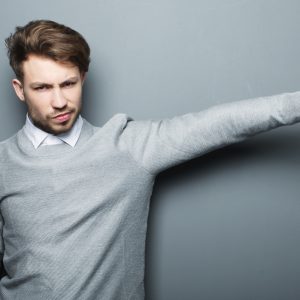 Be calculated in your approach to issues by being more logical than emotional. Be more objective than being subjective. Eliminate every bias to see the facts for what they are. Be the example by filling the missing gap.     We fall into this error without realizing it. For instance, if living as a vegan was a choice you don’t want to make because your close friend is a vegan then you adopt another dietary plan because another friend convinced you too, you might be swimming between stereotypical options. It’s quite tricky but in all you do, never replace a stereotype with another stereotype.

WORKING OUT AT HOME? HERE’S YOUR ULTIMATE GUIDE

Health and Leadership: Leaders Should Emphasize More on...