What Your Food Cravings Say about Your Health

We all have that moment where we become vulnerable to the food we eat despite our wanting to stick to a clean diet. Every now and then, it’s fine to indulge in our cravings, whether it’s French fries or a chocolate bar. But why do people crave the food that they crave? In actuality, cravings aren’t just random. There’s something going on in your body that makes you crave the way you do or rather makes you want to eat something so specific.

Here are some of the most common food cravings and what they say about your health: 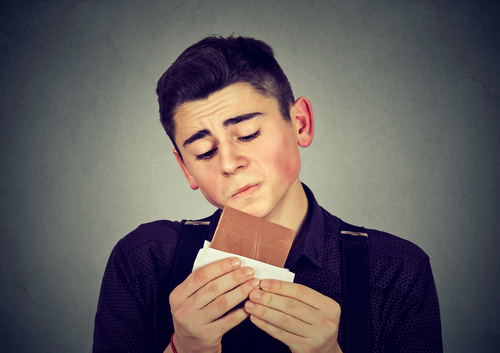 For women, it could be because they’re getting their period or they’re pregnant. For both men and women, chocolate is craved after you’ve had a really bad day. Since chocolate is considered to be a delectable treat that is high in fat and calories, people have the tendency to crave for it at times when they deem it’s acceptable to indulge in it.

For instance, having a crappy day makes you feel that you deserve to devour a bar of that milk chocolate in the fridge without feeling guilty about it. You have an excuse and you’re using it.

Wanting to eat chocolates could also mean that you’ve been on a strict diet. Cravings can be the outcome of your resolution to steer clear of pretty foods that are enjoyable to eat. So, when you feel that hunger due to your restriction of calories, you automatically think about how delicious and satisfying a chocolate would be.

One reason you’re craving for candies is that you’re pre-diabetic. This becomes a greater risk if this craving is followed by the heightened need to urinate, especially if you feel that your candy cravings are chronic and severe. For women, it could also be that you’re getting your period since the changing hormone levels can boost cravings for sugar.

Another reason you badly want to eat something sweet is if you’ve eaten so many carbs in your last meal. Eating white bread, white rice, and pasta can spike your glucose levels for instantaneous energy boost courtesy of its simple carbs, which then causes you to crash with your body feeling sluggish. This leaves you looking for your next fix of sugar.

People also crave for something sweet when they’re super stressed. This is because sugar sets off the brain’s reward center. This is why you’re probably thinking about doughnuts or chocolate cakes when you’re stressed at work. 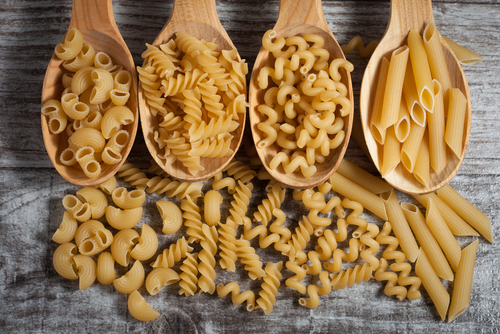 Interestingly, when you crave for bread or pasta, your body is actually craving for sugar. This is because something starchy is being treated by your body the same that it treats sugary treats. So, if you’re feeling for a bowl of pasta or some bread, it’s just really sugar you’re after. Besides, you feel it’s more suitable to eat foods than eat candies, but in reality, there’s only one bottom line and that’s sugar.

If you’re craving for an ice cream, one possible reason is you may have heartburn or acid reflux. Another reason is you may be taking too many over-the-counter pain medications already that there’s already inflammation in your gut. An eating ice cream may be your body’s way of telling you to go easy on these drugs because it needs a break.

Surely, there are times where you feel that salty foods like chips can right every wrong in your life right now. But longing for something salty actually means something concerning your health. For one, salty cravings mean you’re dehydrated since thirst is frequently cloaked as hunger. Thus, craving for salt, which helps in water retention, could indicate you’re not drinking adequately or you’re losing water quicker than you’re drinking it.

Another reason is that you’re stressed. Several salty snacks are crunchy and eating crunchy treats can help alleviate stress. It could also mean that you’ve been mostly consuming mushy and creamy stuff, like yogurt, soups, or smoothies, the past couple of days. If this is the case, your salivary glands and the muscles in your jaw become bored. Hence, you’re craving for something crunchy for your jaw to be stimulated by being in action.

Craving for meat such as burgers and steaks could mean that you’re not getting enough protein. This is usually the case if you’re a vegetarian or you often work out intensely. As a matter of fact, only a few of those who undergo strength training consume adequate protein.

The desire to have a meaty meal could also be triggered by a chronic iron or Vitamin B deficiency. This is true for women who have heavy periods, which could deplete their iron supply. Of course, if you don’t eat enough protein, which happens to be also a source of iron, chances are your body is going to send you a message of what it requires, hence the cravings.

6 Morning Mistakes That Stop You from Losing Weight