Who Should Get Checked for STDs and How Often?

Contents show
1 About the author
1.1 John Esposito
When it comes to sex, the last thing anyone wants to talk about are sexually transmitted diseases or STDs. They are embarrassing, unwanted and many people are just simply ignorant when it comes to treatment or testing. If you are a straight guy, sorry but the doctor isn’t going to tell you one way or another to get tested. Women are more at risk when it comes to the health effects as a result of many STDs so other than for HIV they aren’t going to recommend testing. Women get more health problems like the high risk of cervical cancer as a result of HPV contraction or infertility from chlamydia. Many men are unaware that they are at risk as well. Chlamydia can affect male fertility as well, so make sure to get test the next time you go to the doctor. Syphilis is another STD you might want to get tested for as well. Ask your doctor and they will advise you on whether or not to get one based on infection rates in your community.\ If you are a homosexual male, HIV and syphilis testing is extremely important because gay men are much more at risk when it comes to HIV and AIDS than straight men. Vaginal Sex is very different than anal sex, and the membranes in the vagina differ greatly than from the rectum. The rectum has a very thin barrier between itself and our bloodstream, making the passage of anything including diseases across these membranes a lot easier than they could in the vagina. If you’re a woman, you should get an annual pap smear in addition to an HIV and chlamydia. Pap smears are important because they screen for abnormalities in the cervix which usually are the result of an HPV infection. HPV can lead to certain cancers like cervical cancer, so it is important to get checked regularly. If you are a woman under 25, you should also get the HPV vaccine which can help prevent cancers as a result of this disease. Chlamydia testing can now be done harmlessly through a urine test, so there is no excuse to not get tested for that as well. Teens and Young Adults Are the Most at Risk 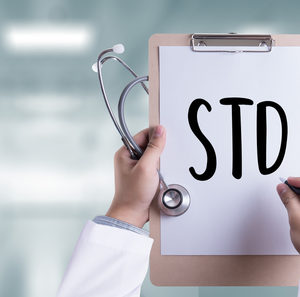 When it comes to STDs, teenagers and young adults(15-25) are by far and away the greatest group at risk. This age group only accounts for about 25% of the active sexual population yet they are responsible for more than 50% of all new STD cases reported. If you fall in to this age group and are sexually active at all, it is in your best interest to get tested at least once annually. If you are having sex with multiple partners you should get tested more frequently than that. Make sure to get tested for HIV, gonorrhea, syphilis and chlamydia. What is HIV? 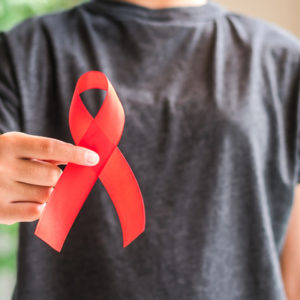 Human immunodeficiency virus, or HIV is an infective virus that over time left unchecked progresses in to AIDS. AIDS is a condition where the immune system of the body becomes compromised to the point where it is unable to detect and fight off life threatening diseases. HIV is a highly contagious infectious disease that can be caused by the transfer of fluids like semen, blood, vaginal fluid or breast milk. What is Chlamydia? Chlamydia is a sexually transmitted disease that is spread through a small bacterial organisms. The problem with chlamydia unlike other sexually transmitted diseases is that there aren’t too many visual indicators of infection. The best way to tell whether or not you’re infected is to get tested. Treatment for this disease is rather simple, as an anti-biotic is usually prescribed to kill off the infection. The treatment is rather short as well in that it only requires 7 days worth of medication. What is Syphilis? Syphilis is another sexually transmitted disease caused by bacteria. Syphilis progresses through four distinct stages: primary, secondary, latent and tertiary. As the disease progresses through these stages, the health effects on the victim become worse over time, and can potentially kill you. Syphilis is easily treatable with the correct antibiotics, but if left unchecked it can spread to vital organs like the heart, lungs and even the brain. Syphilis is one of the more potentially health hazardous STD out there so make sure you are regularly getting tested.

10 Reasons Why You Should Be Guilty About Drinking Soda

Cheating On Your Diet and How it Can Work for You