Overtraining Syndrome and its Side Effects

Fitness these days is widely regarded as a basic necessity for maintaining your health, although it cannot be denied that a lot of people also work out for the sake of looking better. Whatever the reason is, exercising is a thing these days.

While the importance of physical activity is strongly cemented, there are times and scenarios where some people tend to overdo it. And despite exercising being great and healthy, too much of it can do more harm than good. Numerous studies have shown that overtraining or working out excessively generate side effects that shouldn’t be ignored.

Here’s how overtraining syndrome can pose a risk to your health:

Exercising excessively can increase your likelihood of developing Multiple Sclerosis (MS). This is because engaging in intense workouts more frequently than you’re supposed to can result in a condition known as Leaky Gut Syndrome. This is when the lining of your stomach becomes destabilized, causing for the germs to penetrate into the bloodstream. As this happens, your body becomes more vulnerable to a series of diseases and that includes MS.

This disease can cost you your mobility by binding you to a wheelchair for life. Hence, it is important that you’re vigilant in recognizing when you’re going beyond the normal intensity and frequency. Overdoing it won’t make you see results faster; it’ll more likely do the opposite plus some health issues. 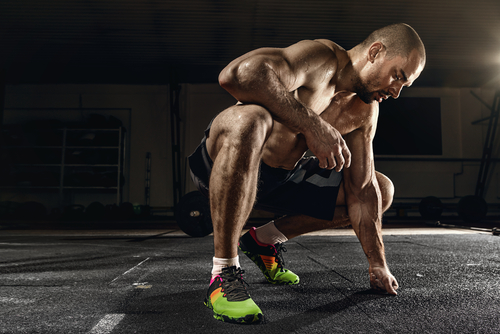 Called arrhythmia or the abnormal rhythm of the heart, it’s another side effect that can be triggered by overdoing your training. Studies indicate that too much endurance activities can lead to changes in the heart muscles, which causes the aforementioned condition. These changes make athletes more prone to arrhythmia, which heightens the risk of cardiac fatality.

This should serve as a warning to those people who think that only smokers and drug addicts are more likely to suffer from this state. Excessive exercising, unfortunately, can also cause this condition to manifest. So, if your resting heart rate has increased by over five beats per minute, it’s time you seriously consider about taking that well-deserved break. Go easy on the treadmill for a while and allow yourself to rest.

While this hormone is advantageous such as that it decreases inflammation, rouses gluconeogenesis, and boosts the breakdown of protein in the liver, it is also immunosuppressive. This only means that it can increase your likelihood of falling ill due to a compromised immune system.

Studies indicate that this is due to the over-generation of cortisol, which disrupts in the process of bone building. When there’s more of this hormone in the bloodstream, there’s more bone tissue collapsing than being deposited.

This is the reason why individuals who are severely exerting physical efforts are more likely to suffer from fractures. Furthermore, problems like arthritis and osteoporosis become more probable as bone density drops. 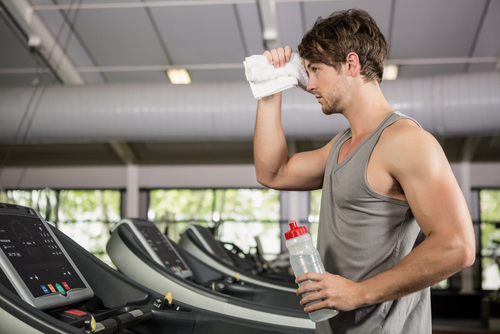 Exercise is also known for its capacity to improve your mood. This is courtesy of the feel-good chemicals called dopamine, which are released when you exercise. It’s one of the reasons why people keep on exercising. Once the feel-good chemicals kick in, it makes one extra perky. Meanwhile, overdoing it can have the opposite effect.

In fact, by working out excessively, you’re secreting the same biochemical markers as those suffering from clinical depression. Plus, people who train extremely also have the tendency to have mood swings, as well as aggressiveness and irritation. These are also some of the symptoms of people with clinical depression.

Working out way more vigorous and often than you’re supposed to may also affect the quality of your sleep. It’s been reported that people who exercise beyond normal frequency and intensity experience insomnia, resulting in poor sleep. They may also end up feeling severely exhausted and drowsy during the day, which interferes with their daily tasks.

Though this side effect is rare, it’s still worth a mention. In some cases, exercising too much affects people’s eating habits. While exercise helps people to lose weight and have healthy bodies, there are cases where some develop eating disorders like anorexia or bulimia as a result of overtraining. This also has something to do with one’s fixation to shed pounds.

When someone is obsessed to lose weight and get slim, he or she would resort to working out more often and more rigorously as a way of achieving results faster. At the same time, this person would also resort to not eating, believing that food is an obstacle to his or her physical goals.

6 Morning Mistakes That Stop You from Losing Weight

5 Healthy Habits to Help in the Prevention of Heart Disease