Alpha Rush Pro: At a Glance

This weight loss supplement is touted to be an innovated supplement created with science as its foundation. Alpha Rush Pro is marketed as a product that’s highly capacitated to torch fat and boost energy levels, so that weight loss is achieved. With this, the company behind this dietary supplement is saying that Alpha Rush Pro is a fresh innovative solution in the weight loss industry. To make this happen, this product is said to only consist of 100% mixture of antioxidants, green tea, caffeine, garcinia cambogia and orange extract. Alpha Rush Pro is also claimed to be ephedra free. Though this product seems to be appealing, it’s still crucial to think of these following considerations before spending your money. 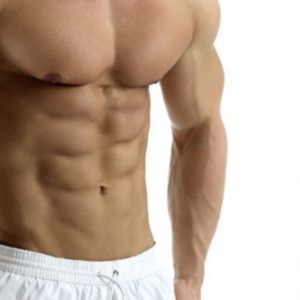 The components in this product haven’t gone through any clinical proof. Even the product itself hasn’t undergone any kind of scientific study or trials that it could induce any weight loss effects. For the purpose of substantiating their assertions, the official site of this product put a link to two studies or reports. However, the said links were not working when we tried using them. Furthermore, there is inadequate scientific proof verifying that neither green tea nor caffeine can be instrumental to weight loss. Also, as we’ve reported before in other articles, garcinia cambogia appears to be an overhyped component, which isn’t backed up by any clinical proof as to its ability to allow someone shed pounds. Though there are no details with regards to the orange extract in this product, we think it refers to bitter orange. This ingredient also lacks scientific verification that it can deliver weight loss effects. Lastly, it is important to note that ephedra was prohibited in the United States back in 2003. That is why it’s not really a feature that Alpha Rush Pro does not have it in formulation as its company is just following regulations.

As we all know, caffeine can trigger sleeping problems, anxiety, jitters, stomach upset, nausea, vomiting, heightened heart rate and respiration, as well as other adverse effects. Moreover, the component bitter orange is potentially detrimental when ingested for losing weight. This ingredient, specifically when consumed alongside stimulants like caffeine, augments the possibility for high blood pressure, falling unconscious, heart attack, stroke and other serious medical repercussions. Furthermore, there are also reports that bitter orange can cause headaches like migraine and cluster headaches among some individuals. It even makes some people be sensitive to the sun.

What Users Have to Say?

Fortunately for prospective customers, consumer feedbacks were accessible: In a Bodybuilding.com forum, most of the users’ reactions were negative saying Alpha Rush Pro is not good enough. On Amazon.com, there were 7 feedbacks and this all reached a total with an average of 3.7 stars. Some users said Alpha Rush Pro was able to deliver positive effects, giving the product 5-stars. On the other hand, it should also be mentioned that many of these reviews originated from accounts that also left feedbacks for the same supplements. Somehow, this is a sign that such testimonials may not be genuine. Besides, the highly positive feedbacks only mentioned about the energy boost that the supplement can supply. There’s no mention of any weight loss benefits. Apart from this, there were other feedbacks online but these were made by affiliates, which only emphasized the efficiency of Alpha Rush Pro, making it seem like another marketing promotion spearheaded by its company. Apparently, these are created to give the wrong impression about its product. Alpha Rush Pro is developed and produced by Verticality Advertising LLC. This company is headquartered in Las Vegas, Nevada. They also create another weight loss product that is called Fat Burn X. However, this company is not under Better Business Bureau. 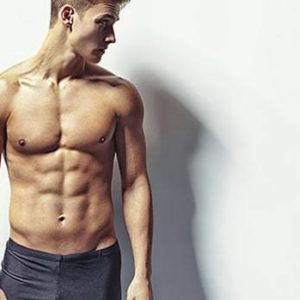 This weight loss supplement can be accessible via a 14-day trial that costs $4.95 for its S&H where you will also get a complete supply that can last for 30 days. After the trial finishes, you’ll be charged $87.63 for the total cost of Alpha Rush Pro. This also means that you’ll be enrolled with the manufacturer’s autoship program, which will enable you to automatically get a 30-day supply of Alpha Rush Pro every month, in which your credit card will be charged $87.63 for every monthly supply. Bear in mind that autoship arrangements are usually meant to lure you into thinking it’s for your convenience when you’re only being controlled into purchasing products that you might not even like. That is why it’s wise to opt something else that does not have this purchasing methods. After the 14-day trial is over, there’s no money-back guarantee for the product any longer. You can always choose to discontinue your autship registration by calling the customer service at 855-826-7861.

For one, the product or even its components does not have any clinical substantiation about their safety and efficacy in terms of weight loss and its other health benefit claims. Some of these components are even reported to be unsafe for human use. Besides, Alpha Rush Pro is only viable through a free trial and its autoship program, which is meant to charge you with products you might not even fully agree with. Needless to say, there’s something shady going on with this product. So, considering there are plenty of other options out there, products that can actually provide clinical evidence and come from reputable companies, you might as well look for something else to try. This way, you spare yourself of the unfortunate health risks that come with products that are not clinically studied and tested. You also spare your hard-earned money of being wasted on inefficient supplements that only appear appealing because of its marketing hype.

A Product Review of ApexVitality Forskolin