Losing weight is hard. It requires multiple modes of attack, both with consistently exercising and maintaining an iron will on your diet. It means being determined, making sure to commit every day, and never giving up, even when it feels like it’s too much and you just can’t take it anymore. One of the best ways to deal with the difficulty of maintaining a weight loss regime is to visualize exactly why you’re doing it. Here are some of the best reasons around for you to lose weight, which will hopefully encourage you to keep on the path.

Obesity rates in America are connected to the highest amounts of type II diabetes we’ve ever seen. With over 30 million type II diabetics in America today, it’s hard to consider it anything less than an epidemic. Type II diabetes is characterized by a failure to properly process your sugar intake, which can back up in your blood, cause circulation issues, and cause serious complications like blindness, amputations, and even death. Type II diabetes can’t be cured, per se, but through dieting and healthier living, it can be reversed. 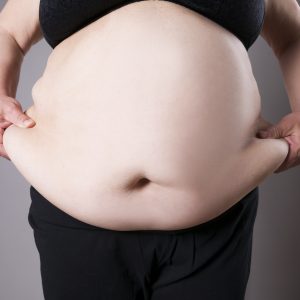 The most dangerous fat that you carry is the fat around your waist. That beer belly that you’re rocking raises your bad cholesterol and lowers the good, raises your blood pressure, damages the circulatory system, and raises your triglyceride levels. What all that means in laymen’s terms is, high levels of fat around the waist increase your chances of developing cardiovascular disease or having a heart attack or stroke.

There are a number of different types of cancers that have all been closely associated with obesity. Throat cancer, colon cancer, rectal cancer, kidney cancer, pancreatic cancer, and breast cancer are all more likely in patients who are obese, and yes, guys can get breast cancer, too.

Strain on your Joints

Your ankles, your knees, and your hips were all designed with a particular amount of weight in mind. When you start loading up those joints with far more weight than they were ever intended to take, it’s inevitable that they will suffer wear and tear. This will only get worse as you get older. The reason why older obese people are all in scooters isn’t because they’re lazy, it’s because years of putting too much pressure down on every step have literally destroyed their joints.

When your obese, you essentially have your body working on overtime, all the time. There’s so much more of you to maintain, and it’s not healthily balanced, so all of your regulatory systems have to strain to simply get the bare minimum done. That means that, when it comes time to kicking into actual overdrive, you’ll come up short. This is what normally happens when you come down with the flu, your immune system puts all the other systems on the back burner and focuses on fighting the flu. Most of the “feeling sick” you get from being sick is more your body’s response to the illness than the illness itself. But when someone who is obese comes down with the flu, their immune system is far less capable of rebuking it, since everything’s so overworked already. 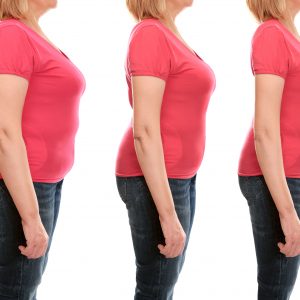 Any health issues or discomfort you have now will only be massively multiplied by the time you reach old age. If you maintain a decent weight now, then you can make it to your later years with a bit slower, but still functional body. Obese people do not have a pleasant time in their old age, considering all of the damage they’ve done on their body in the meantime.

A number of studies have linked obesity with depression in an undeniable way, and it makes sense. It’s hard to feel good about yourself when you don’t like what you see in the mirror, and that’s only compounded by the physiological effects of obesity. Since being overweight throws off your natural balance of hormones, obesity has both a psychological and a chemical effect on depression.

It’s hard to go out and meet the right lady, or guy, if that’s what you’re into, if you’re ashamed to look at yourself naked. Losing weight isn’t the only thing you need to do to get laid, but it certainly will get you a long way to there. It might be insensitive, but many people simply don’t want an obese sexual partner.

Once you lose a lot of weight, you’ll find that it’s a lot easier to get around throughout the day. All that added weight is a lot of extra burden, and you’ll feel a lot more relaxed and comfortable moving around. You might even find activities like sports or swimming that you wouldn’t have enjoyed previously are actually a lot more fun.

One affliction that seems to disproportionately affect obese people is sleep apnea. Sleep apnea is when your nasal passages shut down entirely while you sleep, literally cutting off your ability to breathe. It leads to some pretty miserable nights of very little sleep, and it’s one condition that can be entirely cured just by losing weight.

Studies have shown that obesity can lead to infertility in both genders. For us, that means that it can significantly drive down our sperm count. Furthermore, and more frightening to some, high rates of obesity are strongly linked with lowered testosterone levels. That not only will reduce your fertility, it will reduce your ability to perform sexually all together.

One health aspect of obesity is one that isn’t talked about much, but makes perfect sense when you think about it. Obese people have much lower survival rates in surgeries than do healthy people. There’s no hormonal or chemical reason for this, it’s simply that, with that much fat in the way, it’s harder for the surgeon to do their job. No one ever plans to have surgery done, but in case you have to, wouldn’t you rather the surgeon have a clearer path to their organ of choice?

Afterward Is No Time To Ask Her If She Came

7 Amazing Botanicals You Should Include In Your Diet