A Review of Brain Peak 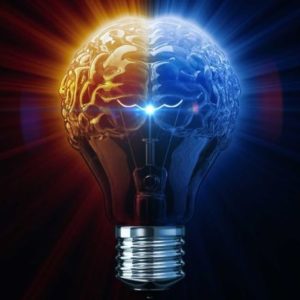 Brain Peak is a cognitive enhancer that produces remarkable results on brain health and performance by increasing the acetylcholine levels. This is achieved by utilizing a completely proportioned blend of vinpocetine and huperzine. With this, Brain Peak is purported to heighten memory, focus, speed of processing information, as well as invigorate your mind and enhancing your dreams. Moreover, this nootropic supplement is touted to boost cerebral circulation and oxygenation to the brain. Its neuro-specific antitoxins are also said to stop free radicals from inflicting negative effects as they also avoid brain fogginess. Reading these promises, this may led you to believe that Brain Peak is a miraculous product that’s capable of amazing results that can help you change your life totally, like in the film Limitless. But is there any truthfulness to these claims? We’re about to find out. But before we get into that, first let’s talk about memory decline.

The symptoms of memory loss are basically just forgetfulness, like failing to remember where you put your car keys or even not recalling someone’s name. But in actuality, there are kinds of memory loss distinguished according to the severity. The natural decline of memory caused by aging called Mild Cognitive Impairment or MCI is typical for those in their 50s and 60s. It can be frustrating, but MCI does not have a serious effect in your day to day life. It is this memory issue that brain boosters such as Brain Peak are designed to treat. Meanwhile, dementia has an impact not only in the memory, but also in communication and thinking as it advances. Alzheimer’s is the most known kind of dementia that when it becomes too critical, eventually causes death. But what causes memory problems like this?

There are various reasons as to why memory decline occurs. This includes alcohol, drug use, lack of sleep, severe stress, strokes, head injuries, unhealthy diet, genetics and many others. Another reason for experiencing recurring memory issue is when the production of neurotransmitter reduces. Neurotransmitters are chemicals that send signals from one neuron to another in the brain. One of this chemical is acetylcholine, which has a vital role in the entire nervous system function, which includes the brain, as well as in the capacity to make decisions. So, the question is, are the components in Brain Peak’s formula helpful in increasing acetylcholine that will lead you to have an enhanced brain?

How Effective are the Components in Brain Peak?

Brain Peak’s product site does not have a product label, that is why we don’t know the specific ingredients and their respective dosages the supplement contains. But we’re informed that it has huperzine, which is considered as potentially efficient for boosting memory in people suffering from Alzheimer’s, and even in individuals with healthy brains but encountering memory issues. The other component we know is vinpocetine. This is listed as possibly effective for boosting blood flow to the brain and could have a positive impact on memory as well. But WebMD said that this conclusion poses questions because the research is outdated and short. It was also questionable how mental decline was defined in this research. Nonetheless, the absence of product label makes it impossible to know whether Brain Peak contains enough huperzine and vinpocetine to make a difference. It’s hard to know what adverse effects to expect, either.

What are the Adverse Reactions?

The most usual adverse manifestation associated with the supplement’s components was stomach discomfort, but several consumers won’t even encounter this. On the other hand, huperzine could trigger blurry eyesight, garbled speech, cramps, and high blood pressure, among others, particularly when you take over 400mcg each day. For this reason, it is highly suggested that consult your doctor before ingesting Brain Peak or any other dietary supplement for that matter.

This particular supplement is only offered through a 10-day trial. For this you only have to pay $4.97 for shipping and handling fees and get a complete 30-day supply of the product. After the trial finishes, your will be charged for the full price of the initial Brain Peak received, which is $139.97. You will also be enrolled in their autoship program, which means you will keep on getting monthly supplies of Brain Peak, for which your credit card will be charged accordingly plus $4.97 for shipping and handling each time. As this happens, you will have 30 days to return the supplement if you find it unsatisfactory, but this is less shipping and handling fees and a 35% restocking charge. To ask for a refund, call the company at 855-511-2191.

Aside from the absence of product label, Brain Peak’s company does not also have information about their business. They’re also not registered with Better Business Bureau. When we searched for it online, nothing came up. But Brain Peak resembles the trial guidelines and costs of Alpha XTRM. More notably, their customer support numbers are nearly the same, except for the last digit. With this, we can presume that Brain Peak and Alpha XTRM are created by only one manufacturer. 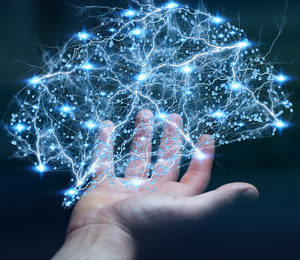 Supplements only offered through a free trial should be dealt with extra caution. There’s nothing to go on to with Brain Peak because we’re only aware of two components. The rest of the product label is not included. There’s also nothing about the manufacturer on the website. Plus, Brain Peak is extremely expensive compared to similar nootropic supplements. All things considered, Brain Peak does not seem to be an ideal option for a brain booster because it lacks some significant information that a customer needs to know in order to make an informed decision prior to making a purchase. It’s best to just see your physician in the case that you’re having memory issues.

A Review of Cerebrax: Is this Product Safe & Effective?

Think Smart When it comes to Protein