A Review of Cerebrax: Is this Product Safe & Effective? 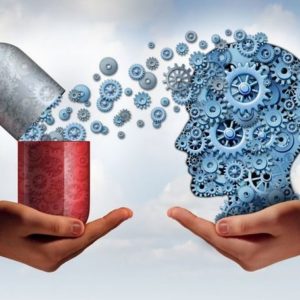 With this, the brain supplement Cerebrax touts to be a nutritional product that can perform all the things mentioned above. Of course, you’re wondering how this supplement can make such benefits happen.

The company says that this can be achieved by using components that are purely natural. This includes highly potent stimulants. All in all, the components in Cerebrax are said to be able to improve recall, focus and overall mental performance. With this supplement, you’ll also feel better, more watchful, keener and more efficient in what you do.

What’s more is that Cerebrax kicks in and produces great results in just minutes, letting loose of your brain’s hidden capacities. Such positive effects can last up to 6 hours.

To find out if Cerebrax’s claims are for real, you first need to know how the brain basically functions.

Of course this topic covers multitudes of other topics, but basically we think and create memories in two different parts of the brain – first in the cerebrum where thinking, identifying, planning and comprehending language happen and the second is in the hippocampus where memories are kept.

One of the most usual neurotransmitters in the body is acetylcholine. This naturally reduces as we get older, along with several other kinds of neurotransmitters. As result, we suffer from memory and cognition problems. This condition is called mild cognitive impairment or MCI.

Even as Cerebrax won’t be an obstacle in your daily life, it can still prove to be troublesome and at times, frustrating. Cerebrax is one of the supplements in the market that claims to address this problem. So, is there anything in this supplement that can increase the generation of acetylcholine or particularly address MCI?

How Effective Are the Components in Cerebrax?

Although a product label was not included on the supplement’s official site, the components are as follows:

Vitamin B3 (niacin) can potentially lessen the possibility of having Alzheimer’s, but this is only effective when gotten from food sources and not supplements.

Caffeine is largely recognized for its capacity to momentarily increase mental attentiveness and bacopa is considered potentially efficient for enhancing recall, but only when you consume 300mg of it each day on a 12-week period.

Phosphatidylserine is also considered as potentially efficient for addressing mental deterioration associated with aging, as well as for lessening the symptoms of Alzheimer’s, but only when gotten from cow brains, and not from soy or cabbage.

L-tyrosine possibly works for augmenting mental functions and boosting attentiveness even after getting insufficient shut-eye. Vinpocetine, on the other hand, can potentially cure certain symptoms linked to Alzheimer’s. But the studies involved here are about decades old and the quality of said research is dubious.

Lastly, huperzine A could aid in the enhancement of memory, particularly among individuals suffering from dementia.

Beyond all these, there is little scientific proof that vitamin B6, GABA, alpha-GPC, or l-theanine can deliver the mental gains promised by Cerebrax’s company.

It is also important to note that since the components in the supplement are part of an exclusive blend, we’re not aware of the precise quantity of the ingredients. Thus, we don’t know if there’s sufficient amount of these components to even make a different. It wasn’t also divulged as to what the total dosage is for the overall proprietary formulation.

Are there Adverse Reactions?

In general, nearly all users should be tolerant to the components in Cerebrax, thus no adverse effects can be anticipated. However, the most typical side effect reported is stomach discomfort.

Niacin can also trigger to skin redness/flushing, thus the company strongly advises against using Cerebrax if you’re allergic to soybean.

Apparently, too much consumption of caffeine can cause jitters, heightened heart rate, high blood pressure and others.

All orders include free shipping and a 30-day money-back guarantee, less shipping and handling. If you want to ask for a refund, call customer support at (888) 279-0644. 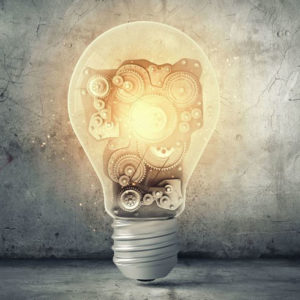 Cerebrax claims to help you unleash your brain’s hidden capacities. But the myth that we only use a tiny portion of our brain is just a myth, despite of what you see in movies. From this standpoint, Cerebrax has nothing to unleash, really.

Even though several of the components in the product have shown promise to generate mental benefits like enhanced memory, we’re not informed of the precise quantity of each of the component. Thus, we can’t tell if the components are in sufficient doses to make a difference.

It’ll be wiser if you consult with your doctor first for other means of augmenting your memory, increasing your cognition or enhancing your mood.