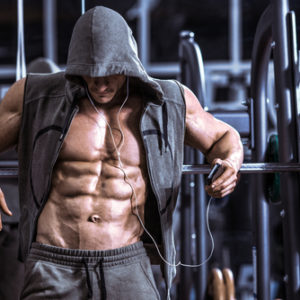 How Does The Beast Anabolic Activator Work?

Since it is an oral spray, the product provides a mix of amino acids and homeopathic hormones in order to aid users in maximizing their exercise regimens. It is specifically intended for athletes who are currently performing strength training, such as bodybuilders, power lifters, and weight trainers.

What Are the Components Involved?

As mentioned, The Beast Anabolic Activator is composed of 24 various components. Though we can’t put all those ingredients here, we’ve made it a point to elaborate the most active components present: Tribulus Terrestris – it originates from a flowering plant that inhabits in all parts of the world, expect the Americas. For those familiar, you’ll know that this ingredient is mostly utilized in testosterone-boosting components since it widely believed to rouse the body’s manufacturing of testosterone. This is for extra physical power and stamina of the muscles. Adrenocorticotrophine – this one is a polypeptide tropic hormone that’s generated by the pituitary gland. It secretes androgenic steroids and boosts the bioavailability of the cells’ cholesterol. Saw Palmetto – it comes from the fruit Serenoa repens, which is filled with fatty acids. It’s been utilized to boost manufacturing of testosterone in the body. Cortisone – it is a steroid hormone that can control the immune system and lessen swelling, as well achiness of the impaired part of the body. Estradiol – it basically a sex hormone that’s generated as a dynamic metabolic creation of testosterone. Estrone – this one, on the other hand, is a natural estrogen that makes women put on weight while experiencing menopause. The complete record of the components is accessible for review on numerous online retailer sites if you want to check them out. 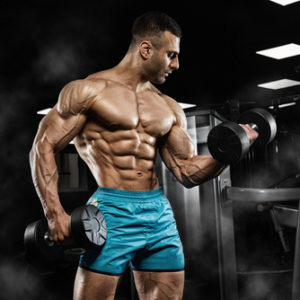 Is The Beast Anabolic Activator Effective?

What’s the Real Deal with The Beast Anabolic Activator?

Since the production of this product has been stopped, you will need to find for available stocks on various online retailers. Usually, the cost can go from $29 to $50 for a bottle that can last for six weeks. Considering the components in The Beast Anabolic Activator are kind of bizarre for a muscle-building solution and its benefits don’t last, the cost of this product is quite steep to maintain. It’s better to consider products with promising ingredients, ones which have been subjected to clinical studies for the substantiation of their effectiveness. Though The Beast Anabolic Activator has tribulus terrestris in its formula, there are many ingredients in it that cannot really improve testosterone and promote nitric oxide. But if you want to try this product because you find it, being an oral spray, more convenient than taking a pill, you can do so at your own risk.

How Effective Is Axiron?

What Diets and Supplements Work Best When Trying to Lose Weight?