Sex Problems Men Are Embarrassed to Talk About 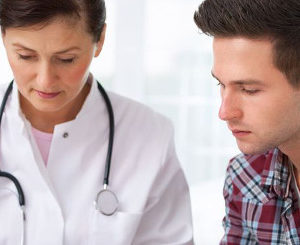 Experiencing issues that make sex difficult and embarrassing signals the time to be open about your problems as you see an expert. To talk about a sexual dilemma that you don’t even want to think about can be challenging for some men. On the other hand, you also have to remember that you’re not alone in this. In reality, 31% of men report of experiencing some kind of sexual dysfunction. Fortunately, such problems aren’t solid stones that you cannot reverse. There’s a solution for just about every kind of male sexual predicament. Be open about it, so that it’ll be easier for you to fix. This is not just to address your sexual performance, but to also ensure your overall health.

Erection dysfunction (ED) happens when you can’t get or sustain an erection hard enough for sex. The incidence of ED increases as one ages, but it’s not necessarily an unavoidable result of aging. There can be other causes, too, which are: emotional or psychological stress, relationship issues, and unhealthy vices such as smoking, excessive drinking and inactivity. ED can also be caused by medical issues such as diabetes and high blood pressure. Furthermore, keeping an erection requires great flow of the blood. When not achieved, this can be considered initial indication of cardiac or vascular illness. Initially, addressing ED involves finding out the underlying cause. This includes managing obesity, cholesterol, smoking and other risk factors for cardiovascular disease. Since unhealthy habits also cause erectile dysfunction, you’ll also have to undergo significant lifestyle modifications. You have to quit smoking, drink less, exercise more, and lose weight. There are prescription medications as well. According to the American Urological Association, these medications work for 80% of men who take them. Some of these are Viagra, Cialis, and Levitra. Apart from medications, there is a medical device called vacuum pumps that brings your penis to stimulation before engaging in a sexual activity. If these solutions still don’t work, your doctor may suggest a penile implant.

It’s normal to be not in the mood for sex every now and then, but if you rarely find yourself uninterested in it, you may be suffering from male hypoactive sexual desire disorder. In layman’s term, low libido. But how do you know when your libido is enough or significantly low? If you lack of desire or sexual urges start to bother and annoy you or your partner, then it’s time to consider yourself being low in it. This condition can be caused by a variety of reasons from physical, psychological to emotional factors. This includes low testosterone, diabetes, circulatory problems, to poor communication, stress, depression and anxiety. Even taking medications like anti-depressants can cause low libido. It can also come with age.

Premature ejaculation occurs when you have an orgasm during sex prematurely or earlier than you and your partner would want. Not an uncommon issue, this happens to nearly all men at some point in his sexual life. Basically, it is typical for inexperienced men to become very excited, resulting to a quick climax. Even if you’re sexually experienced, it can still happen to you due to a psychological concern about sex, such as feelings of guilt or awkwardness. It can be tied to physical factors, too. In some studies, a link has been determined between premature ejaculation to hyperthyroidism. There could be something wrong with your urethra as well. In a rare occurrence, premature ejaculation can be associated with a problem in the reflex that controls ejaculation. In the case that it is determined that your testosterone or thyroid hormones are causing your problem, you might be given medications. If it is caused by an infection, you’ll need to get it treated as well. If your premature ejaculation isn’t caused by any physical or medical factors, you’ll have to come up with your own strategies to delay orgasm.

This condition happens when semen goes back into the bladder instead of exiting through the urethra. This is called the dry orgasm, meaning an ejaculation of little or no semen at all. It may seem detrimental to your overall health and agonizing, but it’s not. On the other hand, retrograde ejaculation can lead to infertility, which is enough to worry you. Surely, this is also reason enough for sex to be less pleasurable. If you see that you have hazy urine, it could be a sign that you have this condition. Prostate and urethra surgery may cause retrograde ejaculation. If you’re taking medication for high blood pressure, prostate enlargement and mood disorders, the adverse effects may include this sexual problem as well. If your retrograde ejaculation is caused by nerve damage, it may be cured with medication. However, if the cause is connected with surgical operations, which have caused permanent physical alterations that led to this condition, medications are no longer an option. It is important to note that having retrograde ejaculation is not an obstacle to have a satisfying sexual experience. The primary reason to address this problem is if it’s affecting your fertility.

This is when men experience an erection that lasts for over four hours. When this happens, one should go to the emergence room right away where the treatment needs to happen within eight hours of the beginning of the erection. This way, no long-term impairment to the penis can be anticipated. One reason this occurs is the use of medication for curing erectile dysfunction. Though this is not a typical side effect of Viagra, it happens when such medications are injected directly into the penis. Priapism can also happen as a consequence of taking drugs for some psychiatric conditions, cocaine use and sickle cell disease. Several conditions that affect sexual performance and health can be prevented by doing the usual things, which are quite easy if you put your heart and mind into it. These are as simple as proper nutrition, regular exercise, weight management and not smoking. If you really love sex, then you shouldn’t have any excuse.

Nutritional Advice for Vegans, Vegetarians and Those Who Do Not Consume Animal Products

Should I beat Eating GMOs? Are They Good or Bad?