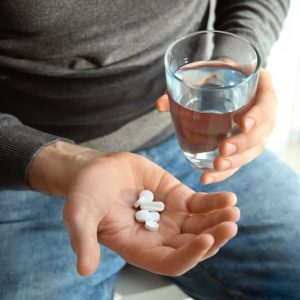 THE MEDICATION FOR ERECTILE DYSFUNCTION

Here is an alphabetical list of oral medication pills an injectable solution that is used to treat erectile dysfunction.

Also known as Prostaglandin E1, can be used for other purposes other than erection disorders but it is only available by prescription. It is an injectable solution and is injected into the penis 5 to 20 minutes before the sexual intercourse. There are also Alprostadil pellets, but it is advised to wear a condom if your partner is pregnant as the effect of Alprostadil to an unborn baby is still unknown. It can be used at least three times per week but shouldn’t be used more than twice in 24 hours; is the same as using it thrice a week; a 24-hour interval should be done. The erection can approximately last 30 to 60 minutes. This drug can create an erection by making the blood vessels expand, boosting the blood flow throughout the body that reaches the penis. It is important to know that taking Alprostadil is prohibited if you are advised not to engage in sexual intercourse, has a deformed penis, is allergic to Alprostadil, had a penile implant, multiple myeloma, leukemia, or has a sickle cell anemia. Women should not use this medication pill especially people who are under 18 years old

PDE5 inhibitor is taken 15 minutes before engaging in sexual intercourse. It increases the blood flow to the penis during sexual stimulation which creates the erection. Take note that taking Avanafil while taking nitrates to treat heart disease is very dangerous because it can lead to death and can also cause an abrupt and severe decrease in blood pressure. It shouldn’t be taken more than once per day. An erection will not occur by only taking the pill; it needs sexual stimulation to create an erection. There should be a 24-hour interval before another intake. Also, avoid drinking alcohol and grapefruit when taking Avanafil as it may cause serious side effects.

Widely known as Viagra and is an oral tablet. Sildenafil also has another brand named Revatio which can’t be taken while also taking Viagra. Revatio also helps in treating pulmonary arterial hypertension and improves the exercise capacity of both men and women. Like Avanafil, Sildenafil cannot be taken when using a nitrate drug as it may result in a sudden decrease in the blood pressure which can be critical. Revatio and Viagra are taken differently; Revatio is usually used thrice a day with 4 to 6 hours interval while Viagra can’t be used more than twice per day and is only taken when needed. Viagra can be taken up to 4 hours before sex and is a lot more effective if taken with an empty stomach 30 minutes to 1 hour before the sexual activity.

This oral pill is used to treat erectile dysfunction, but it can also be used to treat symptoms of enlarged prostate and pulmonary arterial hypertension which can also be used to improve the exercise capacity of both men and women. It can be taken with or without food but can’t be taken if you are using a nitrate drug as it can cause a sudden decrease in the blood pressure which can cause severe problems. Tadalafil can only be taken once per day and can work up to 36 hours taken 30 minutes before the sexual intercourse. It needs sexual stimulation for an erection to occur. 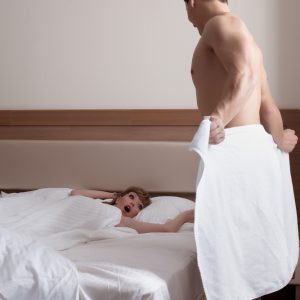 All these medications help in boosting the blood flow during sexual stimulation for an erection to occur. The results won’t happen immediately after taking the pill, but sexual stimulation is needed to help the medication create an erection. Always keep in mind that mixing nitrate drugs with erection pills can result in a critical condition so it is important to consult a professional before an intake. If a person has hypotension or cardiovascular-related diseases, taking the medication for erectile dysfunction may lead to death; so, considering certain conditions before taking medications to treat erectile dysfunction is important before anything else.

Health and Leadership: Leaders Should Emphasize More on...