The Complete Guide to a Sexually Fulfilling Life (At Any Age)

For instance, several studies have discovered that sex is associated with enhancing several cognitive functions, especially among the elderly. Those who are more sexually active exhibit a noticeable memory improvement as opposed to those who are not. Apart from that, there is an extra boost in the overall mood and mental health of a sexually active individual. The very act of immersing yourself in pleasure even via non-sexual means lowers your cortisol levels—the hormone primarily responsible for stress. Above normal stress levels have an impeding and detrimental effect not only on your mental health but also on your physical health which consequently hampers your sexual desire and performance.

If you require assistance to maintain and improve the quality of your sex life no matter what age you’re in, then you have come to the right place. Four key points leading to the road to a sexually fulfilling life will be provided in this article.

Physical health is a non-negotiable item

Physical and sexual health are both integral components to each other. So from now on, start viewing these two as a matching set instead of as separate entities.

Just as is shown in multiple research findings, men are as vulnerable as women in suffering from sexual dysfunction. These sexual problems include low sexual desire, depleted sex drive, difficulty reaching orgasm, and reduced stamina which are all attributed to an underlying health condition. Oftentimes, these illnesses might even be worse than you expect.

For men, one good example would be erectile dysfunction, where an even bigger health problem probably lies in developing cardiovascular disease during its early stages.

As the illness continues to worsen, so will the severity of erectile dysfunction. It is better to be safe and consult a doctor right away than be sorry later on for not acting any sooner.

Take these warning signs as a reminder to go get a check-up.

Just like how a sexual problem is connected to physical health, the same can also be said with preventive measures. For instance, being physically active through regular and consistent exercise will minimize and prevent the chances of developing sexual problems.

In multiple studies where the focus is on the effects of exercise and diet on erection problems, the researchers revealed positive results. Apart from making a conscious effort in maintaining constant exercise and a healthy, well-balanced diet, the intake of harmful substances such as artificial sweeteners, preservatives, nicotine, stimulants, and depressants should also be gradually diminished.

This is a step towards assisting in the proper withdrawal of a potentially addictive substance. All of these are preventive measures as well as an accompaniment to doctor-prescribed treatments. 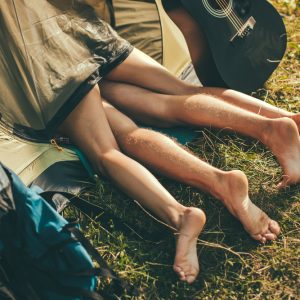 Certain sex positions might no longer be as comfortable and pleasurable as they used to be. You might even find yourself frustrated for taking longer to be stimulated and reach orgasm. This is because it is only natural for our preferences, bodies, and physiological functions to change as we grow older.

With this unfortunate shift in the circumstances, we need to adapt. It is time to expand your horizon and explore innovative ways to make sexual intercourse more sexual—in terms of arousal, desire, performance, and satisfaction. Out with the old and in with the new! After all, it is the nature of man to adapt in order to survive.

Discard the outmoded thinking that sex is only about penile penetration into the vagina. Instead, convert it into something modern which focuses on heightening the senses via foreplay before the main act. Foreplay is an essential element in love-making that adds more intimacy and depth to a rather bland and direct sexual intercourse.

It is wrong to just dismiss foreplay as putting in unnecessary work when you can just do less for the same outcome. Having this mindset is just like saying it is fine to disregard warm-ups, whether a beginner or a veteran, before training for a sport! Only when you put the effort into foreplay, you’ll never know what kind of bliss you’re missing out on.

Another thing you can do is to practice awareness about your unrealistic expectations and misconceptions about sex. One is the belief that better sex comes with having more sex. This flawed thinking that emphasizes quantity instead of the quality of sex is where all unsatisfactory intercourse comes from.

Some people might be pressured to have as much sex as possible because they think it’s what everybody normally does, or they feel inferior to their peers who take the quantity approach. Remember that more does not necessarily mean it’s better. In this case, less is more.

The key here is to build momentum and go as far as the heights of orgasm can take you. Let go of viewing sex as competition in terms of quantity with others or yourself. Instead, focus on how to make both you and your partner feel good during those intimate moments. Communication, open-mindedness, and mutual understanding are factors at play to make this a reality.

It might even be possible to gradually increase the frequency of sex after you have mastered the art of foreplay. Just remember to neither rush this process nor the duration of orgasms. There is no race and you have all the time in the world. 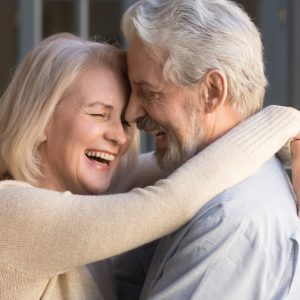 The Importance of Touch

As previously mentioned, the role of stimulating all five senses is an integral component not only in sexual intimacy but also in strengthening the bond in a romantic union. For this part, the main focus will be on the sense of touch. Even in a non-sexual manner, touch is immensely involved in the overall relationship of a couple.

At the start of a union, touch, affection, and sweet words are quite frequent. However, this tends to decrease as time goes by. If one or both of you has physical touch as the primary love language, all the more it is important to focus on it for the continuance of a thriving relationship.

While the gradual decline of this may not be immediately apparent for those who do not have physical touch as their love language, one can still notice the disparity in the then and the now. Even just as simple as holding hands already makes a lot of difference since it is crucial in forming a bond and affection between two people –wherein the hormone oxytocin is responsible for this. The same can also be said to hugging when it comes to family and friends.

Hence, a simple touch is akin to fuel which constantly kindles the fire—the symbol of the burning desire in a romantic union.

Scientific studies can attest to the physical and psychological benefits of the human touch. Humans and other mammals have a constant need for belonging, both consciously and unconsciously. Touch indicates proximity and support from another which is initially a biological need required for our reproduction, survival, and evolution.

For instance, gentle strokes in a non-sexual way lower heart rate and alleviates stress—a clear indication of feeling comfortable and relaxed. One specific research finding is a 2017 study by the Research Department of Clinical, Educational and Health Psychology at University College London.

The focus of the study was the link between touch and social exclusion conducted on 84 female participants. The findings of this research revealed that affective touch is positively linked to minimizing the threat of social exclusion. Touch by itself can be the foundation for forming social bonds. It does not end there—the comfort that touch brings results in the individual actively seeking interpersonal connection with other people. Touch simultaneously offers social support while lessening the feeling of exclusion.

Furthermore, eliminating stress fosters a deeper connection and is a great precursor to sex. An increase in cortisol levels resulting from stress hinders and blocks the libido, thereby making it an infamous romantic mood killer.

Make a conscious effort to integrating touch as often as possible, whether it is through head pats, holding hands, cuddling, massaging, or kissing.

Long-term and fulfilling sexual intimacy is deeply rooted in physical and mental health as well as nurturing fondness in a relationship through touch. In essence, some of the concrete steps you can take are making significant lifestyle changes, thinking outside the traditional confines of what sex is, giving importance to improving the quality of your sex life, and recognizing the crucial role that touch plays in a relationship. As soon as you take these lessons to the heart and apply them, you can thank us later for providing you with these life-changing tips.

This is When You Should Be Exercising, Based on Science

Top 6 Threats to Your Penis and Sexual...