Sticking to a diet can be extremely difficult for virtually anyone, however where most people fall short is dessert. The meal itself revolves around beating junk foods, so naturally most of us tend to do just that. There are too many people who would say that they don’t enjoy eating ice cream, cookies, or other sweets we typically think of when it comes to dessert.

With that being said if you’re someone who is trying to strictly adhere to a diet, doesn’t necessarily mean that you have to cut out desserts altogether. Best way to do so is to learn how to properly tweak your dessert to make it more healthy, yet still satisfying. Here are the best ways in which you can do so.ail

The best way in which you can have healthy ice cream without feeling guilty is to make some on your own. A really easy trick you can use here to do so is to substitute bananas in the place of the ice cream itself, which when frozen have a very similar texture to milk and cream. 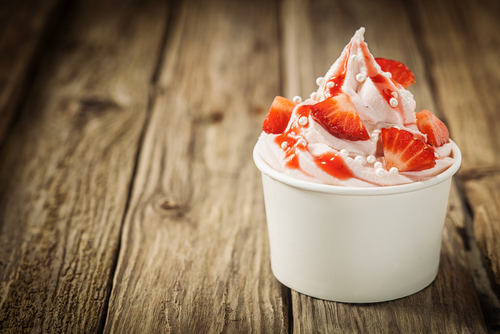 If banana ice cream isn’t appealing, you can always substitute ice cream for yogurt, preferably Greek yogurt. Greek yogurt is preferable here because it has the majority of its fat removed during its processing, and generally has less calories and more protein per serving than your typical yogurt.

To sweeten things up you can add plenty of fresh fruit to your dessert, as well as some on the milk for a little extra flavor.

The key to making healthy chocolate chip cookie dislike with any other healthy dessert is to know which ingredients to substitute for another type. In this case we’re going to substitute the typical egg for what is known as a flax egg, or ground flaxseed with water. In doing so we’re going to dramatically reduce the amount of cholesterol and fat we’re going to have in our cookies. 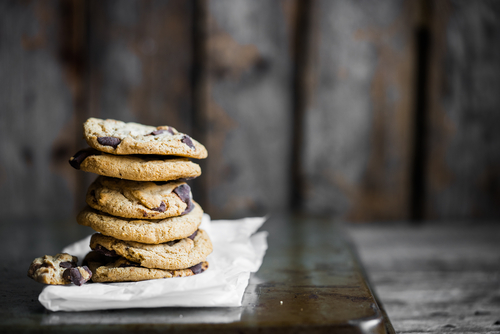 We’re also going to substitute coconut oil and coconut sugar in place of butter and cane sugar. This again is going to reduce both the fat and calories within the meal, which is going to help us better control how our weight.

In the same vein as banana ice cream, bananas can be used as a creamy substitute for puddings as well. To do so you only need to simply throw banana in a bowl and put it in the microwave for about 30 seconds, after which you can top it with cinnamon, peanut butter, almond butter or whenever else you crave.

Alternately when it comes to chocolate bars the key is to the amount of cocoa content within a product itself. Any type of product that contains less than 70 percents of cocoa is probably something we should avoid, as it contains too much sugar and fat. Dark chocolate bars on the other hand are rich with anti-oxidants and contain other compounds which actually help to prevent blood sugar spikes as opposed to what people experience and they eat milk chocolate.

If you’re someone that lives on the East Coast or has access to a Trader Joe’s then you could actually pick these up yourself from the supermarket. This snack is generally considered to be healthy because contains dark chocolate instead of milk chocolate however still has a great mix of sweet and salty flavors.

Frozen Grapes may not necessarily be considered a dessert, however they definitely can be satisfying in this respect. All that you need to do is keep a stash of frozen grapes stored in your freezer so that you have an ample supply to pick at when those sugar cravings come calling.

These grapes are tasty and satisfying on their own however they also go well with coding of Greek yogurt or dark chocolate to add a little extra sweetness. Another benefit to eating these foods is that they are rich in fiber and are generally a low calorie food clocking in at just over 100 calories per cup.

If you’re someone absolutely has to grab something sweet when you’re at the convenience store and don’t have the timer patients to do so on your own, then your best option is probably sour gummy worms.

This street is going to bolt satisfy your craving for sweet and sour, while doing so at a relatively cheap cost when compared to other similar products. A great to keep around on a night where you’re craving something sweet, and don’t want to go too overboard.

The 3 Hardest Core Exercises-Are You Up to the Challenge?