Why You Should Try A Yoga Practice Right Now

Contents show
1 The Essence of Yoga
2 Benefits of Yoga
3 The What Ifs
3.1 Yoga is no ordinary form of fitness
3.2 Yoga includes eight kinds of practice
3.3 Yoga doesn’t require expensive tools for a successful practice
3.4 Yoga comes in many different styles
3.5 Yoga can be more physical or spiritual
3.6 Yoga requires a comfortable and form-fitting outfit
3.7 Yoga doesn’t require the perfect pose
3.8 Yoga can make you sore
4 About the author
4.1 John Esposito

The International Yoga Federation states that there are about 300 million people who practice yoga worldwide. Are you one of them?

Originating from India, yoga starts to gain popularity around the world because of its vast benefits to all aspects of human life. Practitioners say yoga helped them improve their physical, mental, emotional, spiritual, and social aspects in life as well as their relationship with themselves.

While some people take yoga as a form of physical fitness, mystics and gurus say yoga goes deeper than how people perceived it to be. Though, undeniably, it makes flexible people feel great and proud of their accomplishments. We often see this in social media platforms where practitioners boast of their seemingly impossible twisted and upside-down poses.

The Essence of Yoga

If yoga is beyond what we see, what is it truly? And why is the modern world starting to embrace it as if it were its own?

Experienced yogis claim that yoga is not about changing the brain or body and achieving happiness. It’s a practice that aims towards transcendence and oneness with everything there is. This is a bit deep. But if spirituality isn’t your thing, which is the essence of yoga, you can still practice yoga for all the benefits it can give you.

Sadhguru, a yogi and present-day spiritual master from India says, it’s okay to do the right thing for the wrong reasons. At least, something good will happen to you in the end. If this is the case, yoga might be a practice worth doing.

Initially, people come to yoga classes for a lot of reasons including the following:

Numerous studies show that, with constant practice, yoga can give you the above benefits. Interestingly, as practitioners progress in the practice and get more in tune with their bodies, mind, and surroundings, they start to change their perspectives. From primarily hitting their goals, they shift their focus into self-reflection and self-fulfillment, changes they never thought were possible to take place.

Even neuroscientists and professionals associated with mental and brain health were surprised to find out that yoga reduces the symptoms of people clinically diagnosed with depression and anxiety. They’re amazed at how yoga changes the brain of an individual.

Results from MRI machine scans also show that yoga protects the brain from the decline in gray matter, which is normal as a person advances in age. Hence, people who practice yoga for a longer time show younger brains compared to nonpractitioners. It’s because yoga gives the most impact on the part of the brain associated with relaxation and positive emotions.

Since yoga involves deep stretches, you may be one of those people who have many doubts regarding as to how to start the practice if you’re not flexible enough or not right enough. But yoga teachers assure that it’s okay to start with self-doubts. They say the point is not to start it right or have the skills necessary for the practice. The most important thing is to be committed to the practice with all that you’ve got.

As you get comfortable into the practice, you will soon be able to remove all the judgments you have of yourself. Every yoga practitioner starts where you are at the moment. Besides, yoga is not about the perfect pose, it’s about being present on your mat, to yourself, and everybody around you. If this sounds like a woo woo, let’s just say, you’re there for your blood pressure or stress relief. Does this sound better?

Also, a yoga practice includes tools, variations, and modifications that are available to suit every student’s needs. This makes the journey more comfortable and flows with ease. Yoga works in connecting the mind and body, which means you won’t be forced to do something you’re not prepared for.

Ready to try yoga? But before that, here is the list of things you need to consider before hitting the mat.

Yoga is no ordinary form of fitness

Despite its astounding health benefits, yoga is a practice that is more rooted in spirituality, though you’re not required to be a spiritual person yourself to do the practice. If, through the practice you find amazing things happening within you, don’t be surprised. Remember, yoga aims to transform the practitioner from the inside out.

Raja yoga or classical yoga follows eight limbs or kinds of practice, which all comprise yoga and translated in Sanskrit as to yoke, harness or join.

These eight practices include the Asanas, the most popular practice in the Western world and refers to seat or posture; Yamas, which focuses on social principles; Niyamas, which follows philosophical principles for self-care; Pranayama, which focuses on intentional breathing; Pratyahara, which includes withdrawing to the inner self; Dharana, which points to meditation practices; Dhyana, which leads to effortless concentration; and Samadhi, which aims at meditation, stillness, and universal connection. 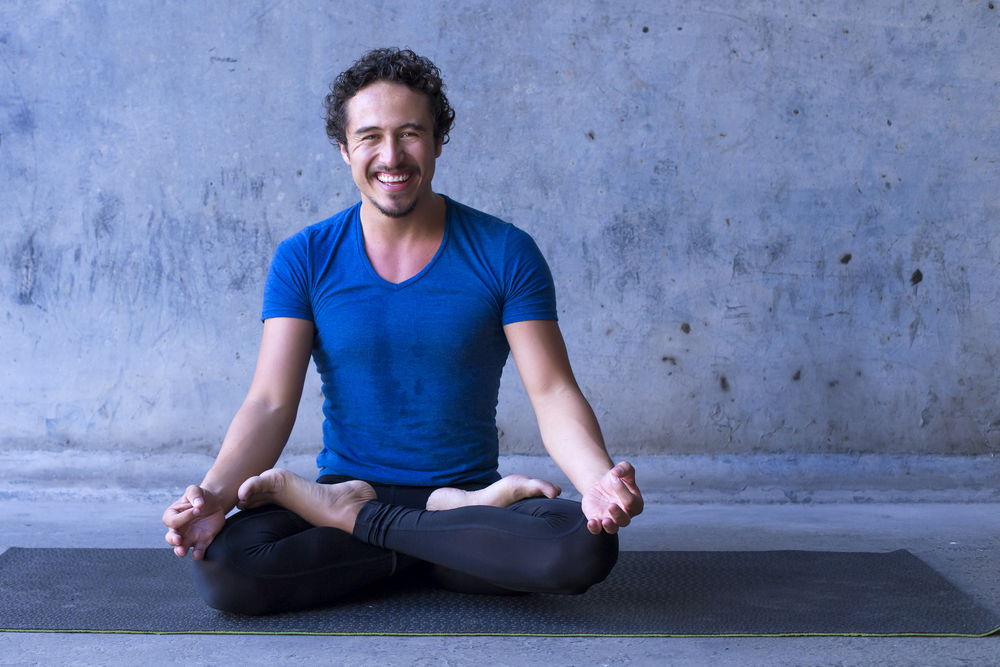 You might have noticed that Indian yoga practitioners look a lot different from Western practitioners. This is because the West has commercialized yoga practice. In reality, you don’t need expensive yoga outfits or mats, much more need a certain body built. The bottom line is anyone can practice yoga.

Yoga comes in many different styles

There are lots of yoga styles available anywhere including hatha, vinyasa, and others. Your best bet is to set your goals, then select the type that fits your needs. As a total beginner, you may want to start with Vinyasa, which focuses on flowing movements or Hatha yoga, which focuses on posture and slow and basic movements.

Yoga can be more physical or spiritual

Some yoga classes are geared toward weight loss and strength training while some to deeper connection and spirituality. Again, this depends on the type of outcome you want to have. So, be careful in choosing the type of class you want to enroll.

When going to class, make sure to wear comfortable outfits that are light to allow ease of movement and breathing. Avoid tight underwear or shirts because they may impair your movement and stretches.

Yoga can make you sore

In your first classes, you may feel a bit sore. This is natural since yoga works the muscles that are least used. But if there’s a lingering pain in your joints or ligaments that lasts for days after a yoga class, you better consult your doctor for possible injury.